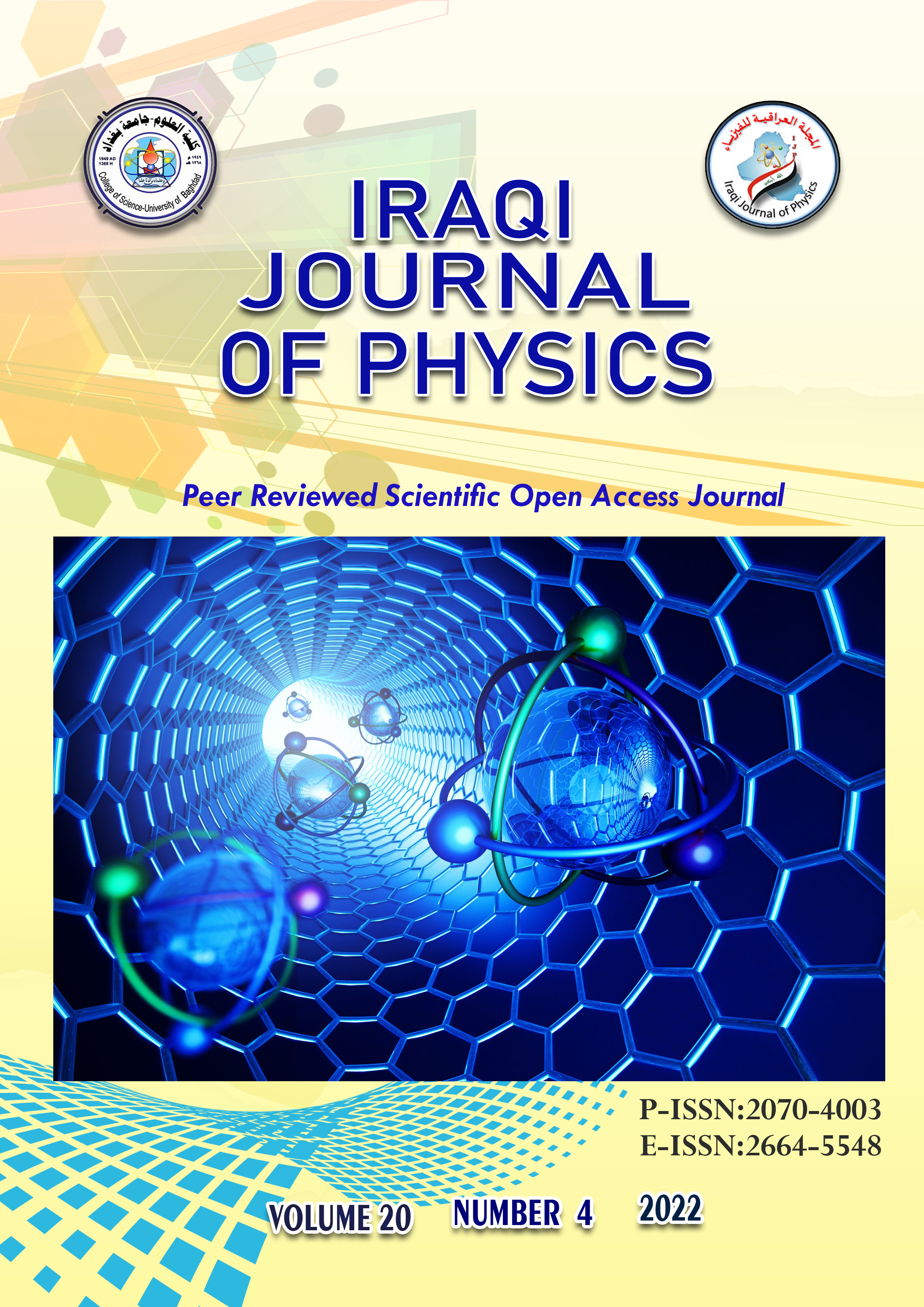 In the present work, it had been measured the concentration of radon gas (CRn) for (10) samples of cement used in constructions before and after painting them using enamel paint, purchased from the local markets, to see the extent of its ability to reduce emissions of Rn-222 in the air. These samples were obtained from different sources available in the local markets in Baghdad and other provinces. The measurements were done by the American-made detector (RAD7). The results showed that the highest CRn in the air emitted from cement samples after coating was in the cement sample (Iranian origin) where the concentration was (58.27 Bq/m3) while the lowest CRn was found in building material samples in the white cement sample (Turkish origin) was (15.74 Bq/m3). In view of the present results, it has been confirmed that the concentration of Rn-222 emitted into the air in all building material samples is below the agency's permissible limit (ICRP).

This work is licensed under a Creative Commons Attribution 4.0 International License.

Authors retain copyright and grant the journal right of first publication with the work simultaneously licensed under a Creative Commons Attribution (CC-BY) 4.0 License that allows others to share the work with an acknowledgement of the work’s authorship and initial publication in this journal.

All published in Iraqi Journal of Physics
are licensed under a Creative Commons
Attribution 4.0 International License